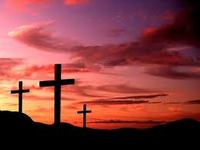 The question confronting the Church today is not any longer whether the man in the street can grasp a religious message, but how to employ the communications media so as to let him have the full impact of the Gospel message.
Pope John Paul II

While Religion and Family Life are taught as formal subjects, the lessons and values that they offer are at the core of all subject areas.  Our hope is to educate the full person  "Mind, Body and Spirit".  Below is a link to great supplemental resources that support the Religious Studies program.  It is ideal for students looking for additional links on topics covered in class.

A program letter to families from the Catholic District School Board of Eastern Ontario follows in this link:
/uploads/6/5/3/3/6533755/fully_alive_-_sept._2011.doc

Traditional family crests stemmed from heraldic arms, also known as coat of arms or armorial bearings. Heraldic arms were common throughout Europe in the Middle Ages (the 1000 years between the 5th and the 16th century).  Historically heraldic arms were a design belonging to a particular person or group of people. These designs tended to be used by knights and noble men to identify them apart from enemy soldiers. In such traditions these coat of arms were passed from father to son or from wife to daughter.  Over time the use of such crests moved from the military to families, regions and other institutions such as educational institutions.  In times past your own family ancestors would have approached a heraldic artist or officer of arms to design your family crest. Your ancestors would have chosen attributes of that family that the officer of arms would depict in the family crest. These attributes would tend have been depicted through various shield designs, colour(s) and symbols, known as ‘charges’, such as animals and plant designs.

Assignment
Your task is to create a personal coat of arms that depicts aspects of who you are.
Your coat of arms should include the following design elements:
1.  Your family name in block or bubble letters in the ribbon on the bottom of the plaque.
2. Each quadrant should display a different aspect of your life:
Quadrant #1- What do I like to do in my spare/leisure time?
(Examples include: reading, writing, playing video games, shopping etc.)
Quadrant #2 - What is a special gift/talent you possess?
(Examples include: playing an instrument, singing, painting, juggling, athletic endeavours etc.)
Quadrant #3 - What is a goal I have for my future?
(Examples include: completing high school, attending university/college, getting married, playing in the NHL, writing
a novel, joining a rock band, etc.)
Quadrant #4 - What are three words that people would use to describe my personality?
(Examples include: generous, kind, loyal, determined, motivated, spiritual, faithful, easy-going, fun-loving, humorous,
etc.)
3.  The entire plaque should be neatly coloured (limited amount of white space).


Wonders of the World Assignment

Students are to select one figure who made a difference in the world they live in.  Be sure to select someone who is a positive role model and who has a significant list of accomplishments that have benefitted and helped those around them.  Please refer to the four handouts below for further details.

The Seven Gifts of the Holy Spirit Assignment

Student are to create visual posters outlining the gifts of the Holy Spirit. Be sure to refer to the assignment and rubric below.


During the second term we will watch the  Simon Birch Video in class. Please complete the assignment in full sentences.  I suggest a paragraph for each of the four sections of the assignment.